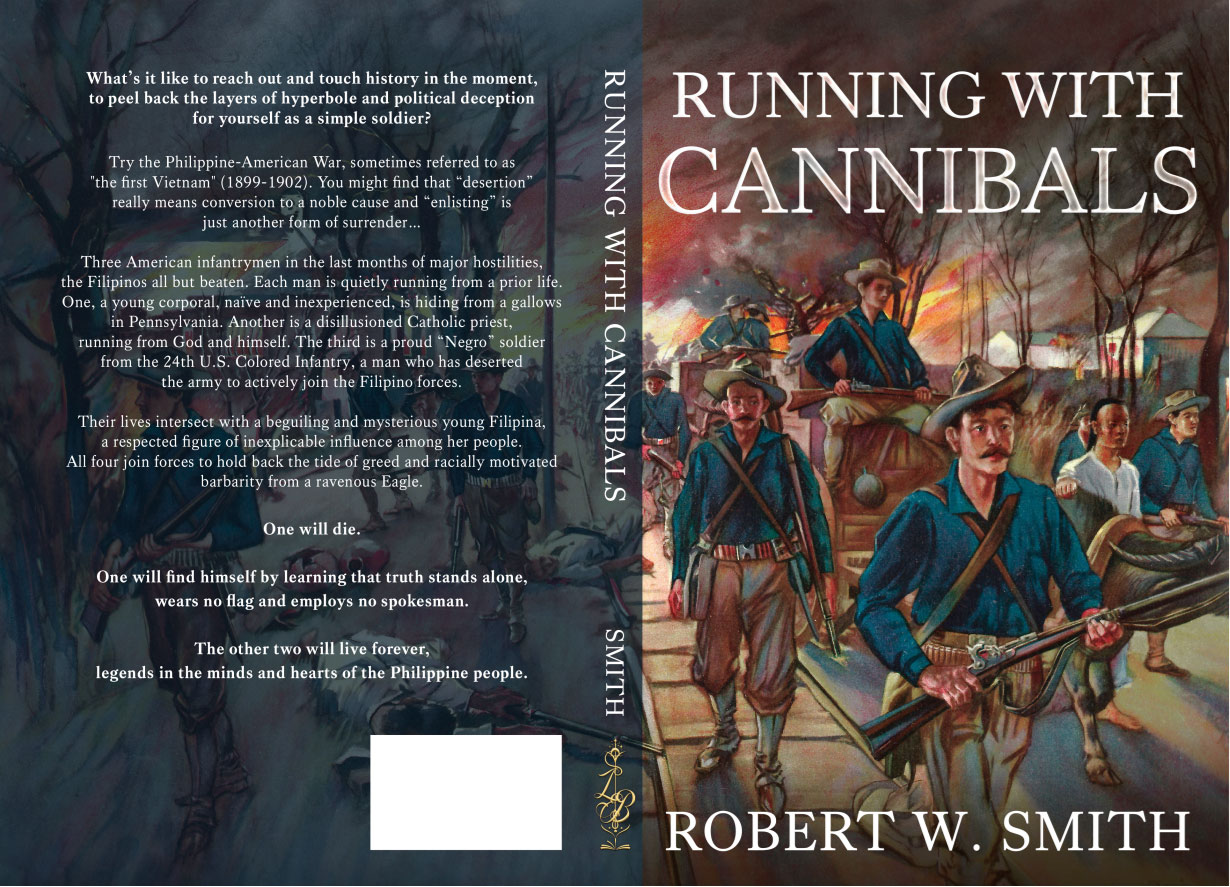 “In this graphic, suspenseful, and unapologetically frank plot, former criminal defense lawyer Robert W. Smith tells a story that portrays the atrocities and manipulations of men driven by greed. Running with Cannibals keeps readers engaged with a historical narrative that combines deeply immersive storytelling involving action-packed battle scenes with serious development of the characters and their struggles with their conscience and demons. The romantic connections are excitingly electric, the racial elements and the brutal killings are deeply concerning, and the philosophical issues are simply profound and thought-provoking. What an experience!” 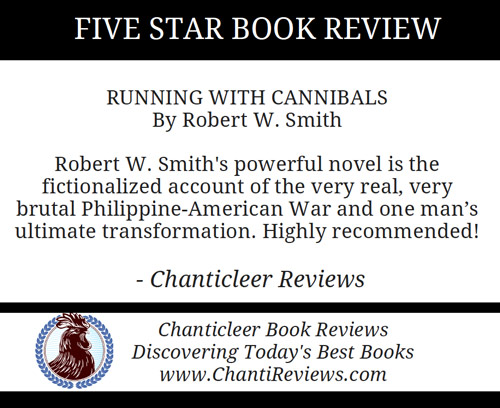 An uninformed public manipulated into submission through lies and distortion. A flag, the symbol of a nation’s commitment to justice and equality, weaponized and perverted to conceal all manner of duplicity. Sound familiar? Sure, years after the fact, but what’s it like to reach out and touch history in the moment, to peel back the layers of hyperbole for yourself as a simple soldier? Try the Philippines around the dawn of the Twentieth Century. You might find that “desertion” really means conversion to a noble cause and “enlisting” is just another form of surrender. A careful observer may even conclude that “apostasy” really means finding God. But it will all happen again anyway…

Running with Cannibals is a timely and relevant story of love, honor and race, inspired by actual events from the Philippine-American War, sometimes referred to as “the first Vietnam” (1899-1902). It is more than a war story.

Three common soldiers, young American infantrymen, are serving in the Philippines in the closing phase of the war, the Filipinos all but beaten. Each is quietly running from a prior life. One, a young corporal, naïve and inexperienced, is hiding from a gallows in Pennsylvania. Another is in truth a disillusioned Catholic priest, running from God and himself. The third is a proud “Negro” soldier from the 24th U.S. Colored Infantry, a man who has deserted the army to actively join the Filipino forces, his “brown brothers,” in their struggle for independence. In so doing, he hopes to strike a blow against the Jim Crow South and the cruel legacy of slavery. Their lives all intersect with a beguiling and mysterious young Filipina, a respected figure of inexplicable influence among her people. All four, each in his or her own way, join forces to hold back the tide of greed and racially motivated barbarity from a ravenous Eagle. One will die. One will learn that truth stands alone. It wears no flag. It employs no spokesman and must be pursued and safeguarded, no matter the price. At great cost, he will find his place. He will find his people. He will find himself. The other two will live forever, legends in the minds and hearts of the Philippine people. The lessons will lie dormant…until the next “convenient” war.